The folk-dance group was established in 1993, in Békéscsaba, it has been operated by the ‛Tabán’ Folk-Dance Union. The group consider it their duty to collect, preserve and to stage the folk-dance traditions of Hungarian and other nationalities living in the Carpathian basin. They also believe the importance of – in our running life – familiarising  the audience with the traditions and habits of the Hungarians. Besides the European values they attempt to preseve the national identity.

With their authentic programme they regularly perform at displays, festivals and competitions, locally, on the countryside or over the state-border. In their chamber pieces the solo-dancers represent the greatest personalities of the Hungarian linguistic area.

The group was awarded with the „Excellently Qualified” title in 2010, 2012 and 2019, which is the greatest merit in the Hungarian folk-dance movement. In 2010 they received the award  „For the Rumanians in Békéscsaba”.

The followings have a distinctive place in the programme of the ‛Tabán’ Folk-Dance group:

The performance „13” received several international acknowledgement, at Hungarian performances, among the Hungarians living in Transylvania and also in Bákó, at the largest international theatre and dance festival in Rumania, where it got standing ovation from the two thousand viewers. 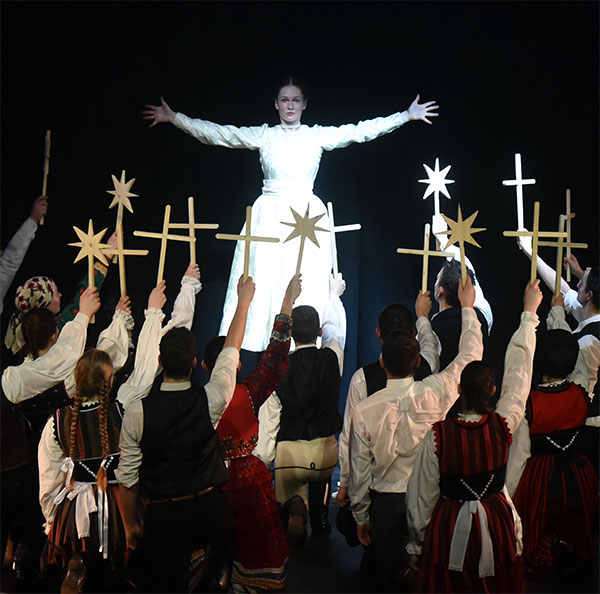